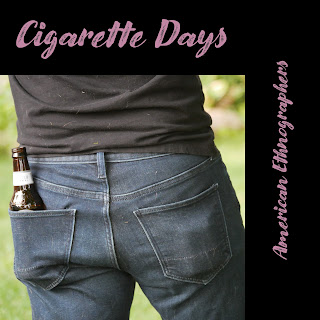 "We rushed forward with abandon in urgency…."

Lecture vs. Discussion and Its Consequences

I employ a number of different pedagogical methods in the classroom. It varies between courses and lessons. I get the impression, though, that I do a lot more traditional lecturing of the "sage on a stage" variety than my colleagues. I often do this because I worry that classroom discussion can encourage students to feel entitled to uninformed opinions. You don't get to have an opinion on moral/ethical issues like whether racism is bad or on matters of social fact like the poverty rate. Lecture encourages students to foster a critical respect for experts. This isn't to say that there is no place for discussion in my classroom, just that I am careful with how it is used.

Imagine that the world has been one big epidemiology classroom for the past two years. How much listening have students done to the experts? How many students have opted to debate those experts? What have been the consequences?

The Bending Arc of the Moral Universe

I'm of the opinion that the story of history has been toward progress and that we can reasonably predict that progress to continue into the future. Critics will point out setbacks (e.g. recent increases in violence toward Asian Americans or increases in crime rates). Could these represent reversals? Sure, but the historical data are noisy, and we regularly witness short-term blips revert to the trend line of the historic mean. Short-term variability does not negate the long-term trend.

When I say it's a safe bet that things will continue to get better, I am not saying that will happen on its own without effort. Somehow people think that the work that goes into making progress happen is outside of my prediction. It's not. I'm predicting that people will continue to put in the work because that is entangled in the historic data as well. A lack of complacency is a part of my model.

I could be wrong. Social science is probabilistic.

Review of The New Beatles Documentary

My wife and I finally finished watching The Beatles documentary, Get Back, a couple days ago. It took us seven or so sittings to get through it. (Kids, amirite?!) Here are a few relatively disjointed thoughts.

I was struck by how much of the footage is just a bunch of blokes dicking around. It seemed unprofessional, especially given their deadline(s). I've played in more than six bands since I was a teenager, and none of them, no matter how unserious, had rehearsals--let alone recording sessions--that were as unstructured this. I reminded myself, though, just how important play is to creativity. All work and no play makes Homer something something. It really does all come together on the rooftop.

I've seen many online making note of how well The Beatles seem to anticipate each other as they jam. Without being condescending, it really just strikes me as what it is to be a musician and how it is to be in a band. It's not particular to The Beatles. When John plays a I chord followed by a IV chord, it's not magic that Paul and George know that the next chord is almost certainly the V. That's just a good guess based on the most basic of applied music theory. I understand that for the uninitiated this can seem remarkable, but if anything, it's surprising that they aren't even better than they are.

I had a preconceived notion about this, which I would have been happy to have been wrong about, but none of The Beatles are great musicians. (They were really lucky to have Preston, who is an amazing musician, sitting in.) I was shocked at George's lack of chops, in particular. He talked at one point about how Clapton and others play virtuosically and laments that he can't do it. To be clear, though, The Beatles weren't bad musicians. They, all four, are undeniably great songwriters with unique voices (metaphorically).

To me, Paul is better at piano than bass. (Don't get me started on that awful muted Hofner bass tone! Ugh.) It was interesting to see John and George playing the Fender Bass VI. It's somewhat confusing why they wouldn't just play a traditional four-string, though.

At times, I found myself impatient, noting that I wouldn't watch this kind of boring shit for anyone. Why The Beatles? Most of us don't have the patience to watch paint dry--unless it were really interesting paint laid down for the Mona Lisa by da Vinci or something, which I think is what we see here. Peter Jackson is a great filmmaker, but I'm not sure if he did an awesome job with low quality stuff or a lackluster job by not having edited down much further.

It was remarkable how passive the police were! Especially from the perspective of an American in 2021, the police response was just so subdued. We are so accustomed here today to seeing heavily armed and aggressive responses from law enforcement, this seemed almost comically understated.

It's also worth noting that the main complaint from the responding constible was the disruption to local businesses, because, you know, capitalism always trumps art.

It's incredible to see the advances in audio technology over the past fifty-some years. Most of the microphones were unrecognizable. There was a surprising lack of audio isolation between the instruments, amps, and vocals. Indeed, they were even relying on a PA system, which would be utterly unthinkable today! The norm, even if tracking live, would typically be to have each musician in his own space, either in an isolation booth or surrounded by gobos, and for each person to wear headphones for monitoring.

There is also a humorous moment when the legendary Glyn Johns recounts how he asked EMI for four monitor speakers for the control room, and they said, "Why? You only have two ears." They weren't wrong.

A lot is also made of how authoritative Paul is and how passive George and Ringo are. Indeed, George seems increasingly uncomfortable in that passivity to the point of temporarily quitting the group. Again, this is just the way bands work. It is a near-impossibility for bands to be completely egalitarian and equitable. Someone has to have an overarching vision and the boldness to impose it and others have to embrace a supporting role. Most bands, including The Beatles, break up because of disagreements about how to best differentiate creative tasks.

As a side note, Paul essentially admits in front of Linda that he'd choose The Beatles over her when he speculates that John would choose Yoko over them. Much has already been said about Yoko and her supposed role in The Beatles' breakup. Speculatively, it didn't always appear to me that Yoko's presence was voluntary, as if John was forcing her to be there.

Our new president recently did the typical "listening tour." Of course, the scheduled times were predictably inconvenient and brief. There was, however, an online submission process. I'm posting my letter to the president below.

I am sorry that I haven’t yet had a chance to meet you and that I was not available to attend our designated listening session. I did, however, want to take a moment to share some broad concerns.

The past several years, especially the last two, have been difficult for everyone on campus and in our community. As faculty, it has been difficult not to feel exploited and demoralized. The Regents, USG, and, at times, even GC administrators have signaled their disregard for us. Here are just a few examples of the injustices we’ve endured:

At no point has anyone intervened on the behalf of faculty (let alone staff, students, or common sense) in these matters. No one in a position of authority stood up and said, This is wrong. I would respectfully encourage you to take immediate, ongoing, and active steps to repair this damage, and I humbly ask you to prepare to take action on our behalf when required in the future. There is much trust to be rebuilt.