This is the third installment in a series I'll be presenting over the next several blog posts regarding the research I've been working on with several students that we'll be presenting soon at Southerns.

We conducted a web-based survey of students at a small(er) liberal arts college in the rural southern United States. The sample was drawn from undergraduates enrolled in the spring of 2013 as well as frosh enrolled in the fall of 2013. The survey was open from 19 November 2013 to 26 December 2013. The response rate was 22% (n=301). Here are the descriptive statistics: 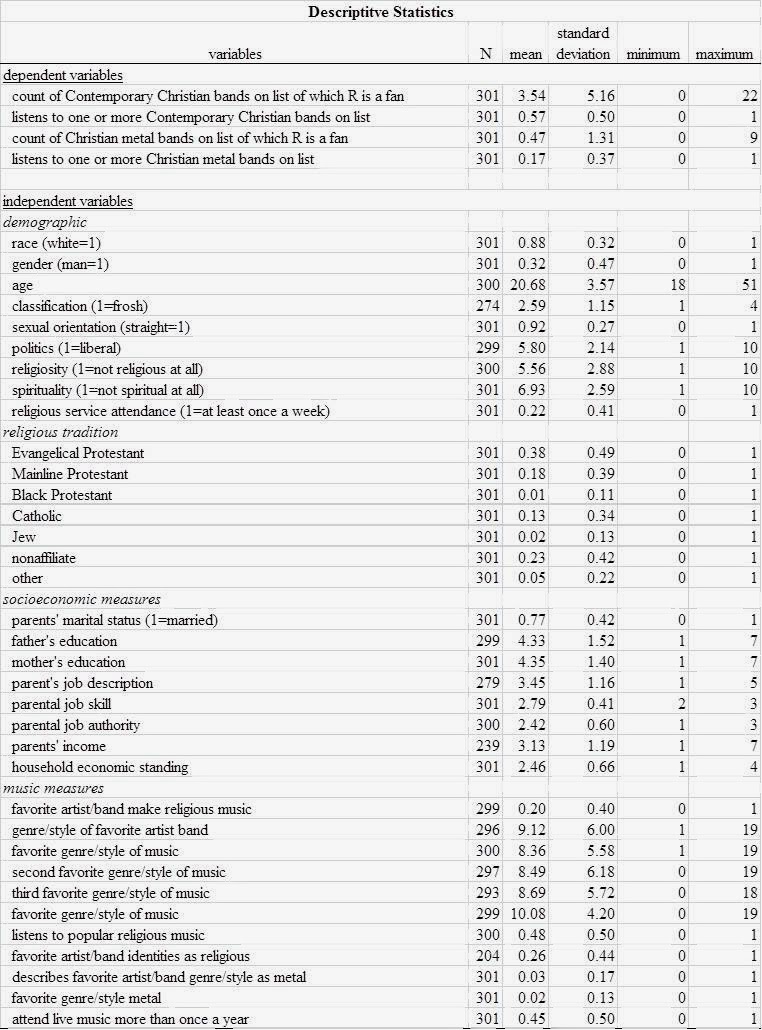 Here is the parsimonious regression model and resulting predicted values for fans of Contemporary Christian acts: 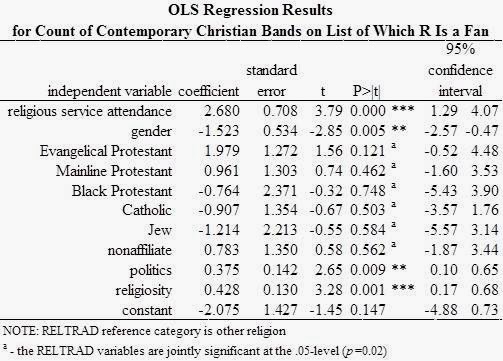 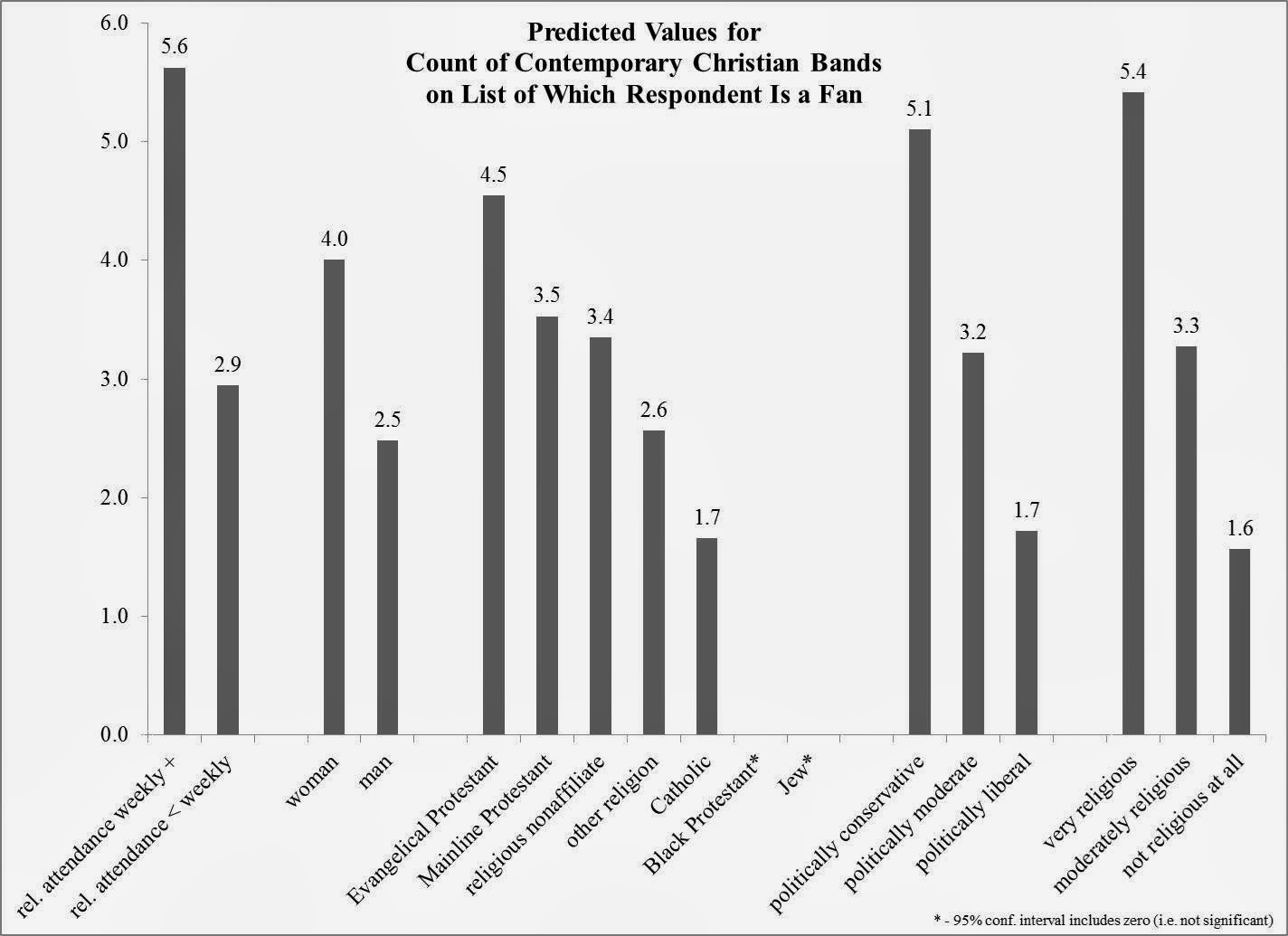 Here is the parsimonious regression model and resulting predicted values for fans of Christian metal bands: Here are some takeaway points: