Oscar Has No Genitals 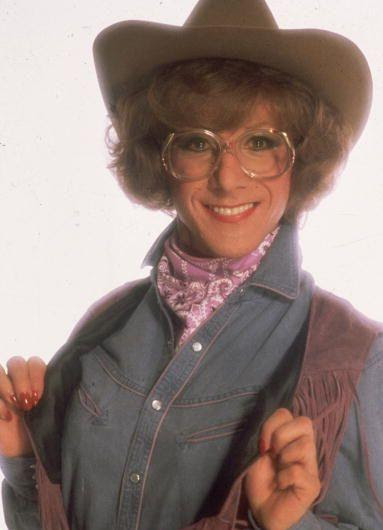 In the wake of last night's Golden Globe Awards, I'm thinking ahead to that other extravaganza, the Academy Awards, the Oscars. A while back, it occurred to me that there is an archaically gendered practice in all the awards shows, starting back in 1928: one award for actors who are men and one award for actors who are women. Inasmuch as acting is an artistic reflection of a culture, acting is of course as gendered a thing as any other part of life. In other words, some characters are men and some are women. We don't, however, grant the awards for the roles. Imagine if Dustin Hoffman has been nominated in 1982 for Best Actress in a Leading Role instead of Best Actor for his portrayal of the title character Tootsie! (If you'd rather, imagine The King's Men bestowing separate accolades on the guys who played male roles and the guys who played female roles.) Instead, we clearly draw a distinction between actors based on their genders and not the genders that they inhabit. It's a telling cultural fact in and of itself that we Americans have insisted on making the artistic competitive,* but beyond that, it's telling that we see fit to gender the competition.

Of course, gendered awards means increasing the chances of winning for the actors, something I'd guess those vain thespians appreciate.


* - Yes, I do know that the Ancient Greek agonos included creative contests. Not the same.