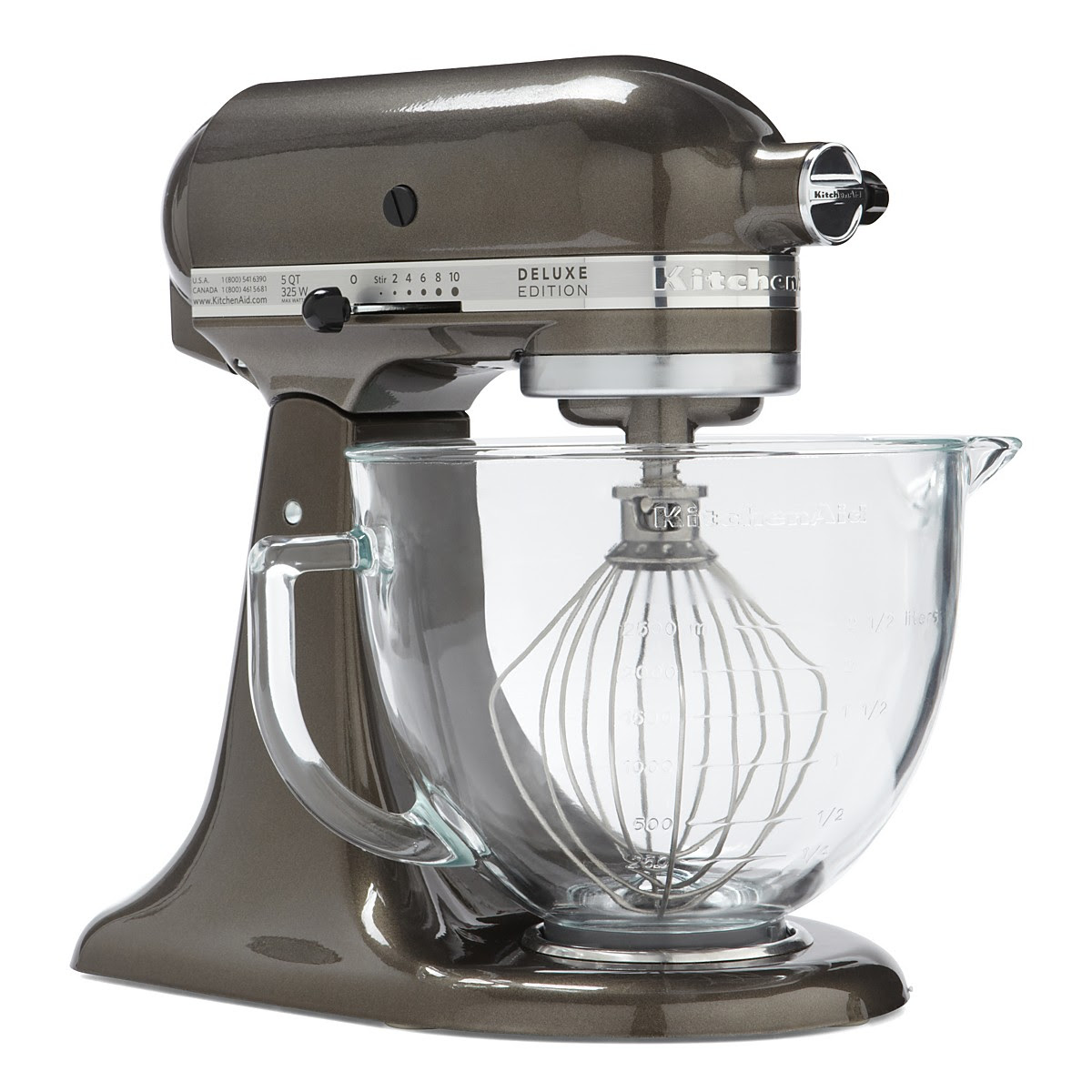 The KitchenAid* stand mixer is an American icon. It is a powerful symbol of domesticity. My wife and I felt compelled, as many betrothed couples are, to put the mixer on our wedding registry after we were engaged and ended up receiving one as a wedding gift. When we moved shortly after our wedding to the town where I'd start my first job, we struggled to find a suitable place to store it in our not-too-small kitchen. In the nearly-four years since we were married, I think we've used the mixer perhaps twice. Given the amount of valuable kitchen real estate that it demands, the paucity of its use, and its surprisingly high price tag ($330-$900 MSRP), it is hardly an efficient product for the average family to own (even though I'll be the first to admit that it is incredibly robust and quality-made). This, however, is beside the point. Our consumption is more often about social signaling to ourselves and to those around us than it is about practicality. Putting a mixer on a registry signals to family and friends a couple's domestic intent. Buying a mixer for the couple signals an endorsement of a specific kind of traditional domesticity. And, displaying a mixer on the kitchen counter (or, as in our house, visibly under the kitchen island) signals to ourselves and to visitors our domestic situation and values.

--
Full disclosure: I grew up in Saint Joseph, Michigan, neighbor to Benton Harbor, Michigan, headquarters of the Whirlpool Corporation, parent company to KitchenAid. Whirlpool was and is the center of the local economy there. Many of my friends, along with my sister, have worked for the corporation. I have not received any compensation or consideration for this post.