Kids Will Be the Answer in a Post-work World

There seems to be a lot of discussion about post-work society recently. In particular, there is disagreement about how things will play out as robots increasingly displace manual and service laborers and, then, as AI's one day challenge the seemingly-safe jobs of us more heady professionals. There are both pessimistic and optimistic takes on this, I think neatly summarized by this cartoon:
Clearly, we are currently living in the left cell (or at least are well on our way down that path), and while I think that the right cell should most definitely be our goal, we have a lot of problems to overcome before we get there.

Foremost among these problems is the cultural. We tend to value work as an ends instead of as a means. Our Protestant Ethic tells us that hard work is a reward in and of itself, that work builds character, and that idleness is dangerous. We collectively forgot that the reason we work was to provide ourselves with the resources to do life, and that life was about recreation and creativity and leisure and social interaction. The Industrial Revolution socialized us to equate life with work. I'm reminded of this every semester when I do this exercise with my students. When confronted with the prospect of never having to work for the rest of their lives, several students inevitably say that they would be bored, which is the direct result of having fully internalized the value that life is about busyness (i.e. business) while discarding the very nature of life itself.

To move from the left cell to the right, we would likely need to enact a form of basic income. Think about it this way: as humans are needed less and less to make stuff and do things, the overwhelming majority of humans, who rely on work to make the money necessary to survive and do life, will be left without access to money at all. Only those who own the robots (i.e. the means of production) could profit economically, but even they will lose their money since there will be no one left who is capable of buying their goods or services. Instead, we would need a new way to distribute money apart from labor, and one way to do this is to redistribute the profit exploited from the robots to the unemployed (i.e. everyone), which is in practice the promise of a universal income guaranteed to be above real poverty.

To overcome the cultural baggage that will inevitably impede a transition to an enjoyable post-work world, however, we need new beliefs, values, and behaviors. This doesn't require reinventing the wheel as we have already rationalized the exit of one very large demographic from the labor force: children. Before the Industrial Revolution and the Victorian Era, childhood as we know it did not exist. We had to invent it as a way to keep kids from competing with adults in the unskilled labor force. I posted before about how this is reflected in historical changes in the depictions of children: 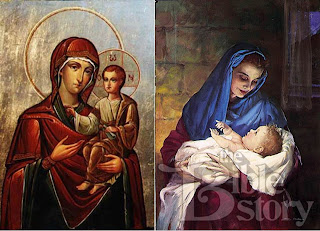 In the agrarian world, kids are simply little adults; with the Victorians, kids become vulnerable, special, and protected. Children are suddenly afforded great latitude to play, explore, and learn. They are gifted a broad freedom from worry and responsibility. Whereas kids used to be assets, essentially another set of hands to work the land, kids become liabilities who are incapable of even the most basic self-care with the onset of modern capitalism. It's worth reminding ourselves how profound this transition was. We completely redefined an entire segment of the human lifecourse. To address the cultural transition from work to post-work, we could simply apply the same principles we attached to childhood universally to all people. "Hard work is a reward in and of itself?" "Work builds character?" "Idleness is dangerous?" To the contrary, hard work is dangerous, risky, and exploitative. Work destroys human character, and idleness is necessary to living a good life. The lessons of those Victorians would be invaluable here.

But what about my students and their fear of boredom. I generally challenge them in this assertion by telling them about how I would live in a post-work world. I am lucky in that I actually do enjoy my current job. Being a professor is work, and there is much about it that I would opt out of if given the chance (e.g. "service," especially committee work), but I would probably still want to educate young adults about sociology, even if I didn't teach as many courses as frequently as I'm currently required. (I always have to remind students that they could still do their "jobs" in a post-work world if they found it rewarding; they just might not get paid to do it.) I would most definitely write, perform, and record a lot more music! What keeps me from doing this now is that my job is a time-suck and that I couldn't support my family doing it as a career. I would spend a lot more time with my daughter and wife. I would blog more. I would travel--widely. I would ride my bike more. Far short of giving my life meaning, my career constrains my life. I would welcome the ability to do more life.