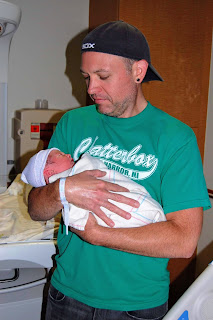 My wife and I welcomed our second child into the world last week. My oldest is a girl, and now, we have a boy. Since we learned his sex from an early blood test, I've found myself quite nervous about raising a boy. I have heard repeatedly from many, many parents that boys are easier than girls, and I have heard the endless intimations that it is my duty as a father to protect my daughter from future male would-be suitors. These kinds of comments infuriate me because they get it precisely backward. By downplaying our responsibilities in raising boys and insisting on defending girls' virtue, we perpetuate the very problems we rightly identify, namely that men are disproportionately predatory and that women are the recipients of deleterious attention. The correct approach is not for parents to fret over their daughters as a reaction to the ugly behavior of men but instead to work actively to raise sons who will respect the autonomy of women and men. This is the only just and effective way to parent. This also raises the level of responsibility for parents. My job is no longer to react passively to those I might imagine hurting my daughter; it is to work actively to raise a young man who will not hurt other's daughters (or sons).